Why do Indian musicians tune their instruments in front of the audience?

One famous story of an Indian musician tuning before his audience has now taken a permanent place in the annals of West-meets-Indian-music history: The year was 1971, the event was George Harrison's Concert for Bangladesh and the musician was none other than Pandit Ravi Shankar, who proceeded to tune his sitar on stage only to be completely taken aback by the thunderous applause which followed. Thankfully, a video recording exists of the maestro tactfully putting his new audience straight - linked at the end of this article.

Since musicians of all traditions have to tune their instruments (albeit behind the scenes) the question often arises why Indian musicians take so much time to tune up, and also find it necessary do so on stage in full view of their audience. But technical perfection is only half the reason for tuning. What the musician is really doing is tuning into the souls of listeners – preparing them and in return hoping to get inspiration as to how to proceed.

The musician also uses this time for some intense relaxation to allow an inspired choice. Although there may already be a tentative idea of the category from which to draw the raag (melodic structure), and it may be limited by the prahar (time of day or night), but the final choice is usually always made in these final few minutes before a performance.

The performance of the first raag often suggests to the musician what the second item should be. It may be drawn directly from the first piece or it may be a complete contrast. Again, this is entirely dependent on audience interaction. If the first raag has resulted in a somewhat solemn mood descending on the auditorium, then the musician may decide to lift that mood by embarking on something sprightlier for the second piece.

It goes without saying that an Indian classical musician need immense knowledge and a vast repertoire – all stored in the memory, ready for instant recall – in order to have the largest possible 'palette' from which to choose the most appropriate 'colours'. This tradition is not without some difficulty where Western media are concerned. Although it is now widely known that Indian classical music is largely an improvised art, it was not always entirely understood how a musician could not have prepared (and rehearsed) a particular raag in advance of the performance.

Until very recently, Western-style programme notes often demanded full details of the pieces that were going to be played and had some difficulty accepting the idea that the musician in question would 'just make it up' as the concert proceeded. Indian musicians seldom have an idea of what they're going to be playing, until they are in that situation and can feel what would be appropriate at a particular moment in time, in a specific space. For this reason, every live performance is absolutely unique and never to be repeated.

Listen to the music | Pandit Ravi Shankar at the 1971 Concert for Bangladesh ("If you appreciate the tuning so much, I hope you will enjoy the playing more..."): 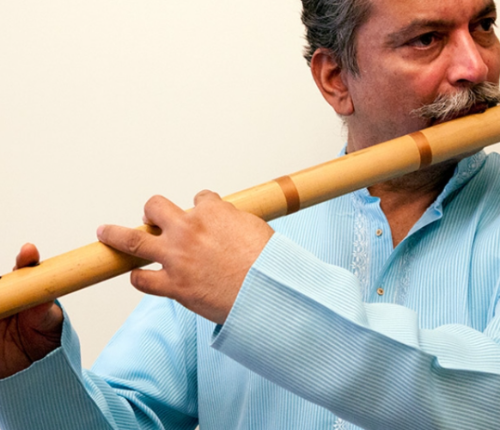 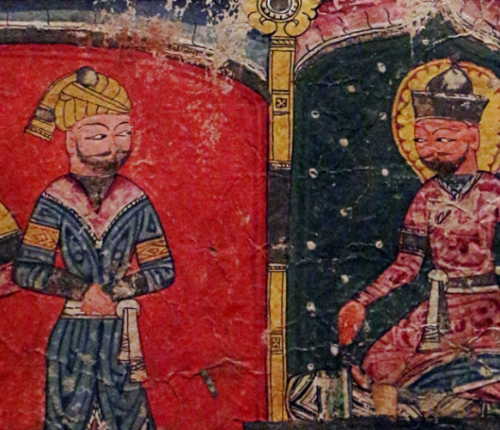 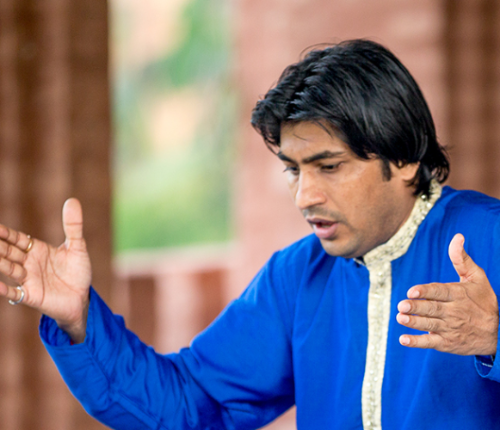 Indian classical music is largely a hereditary tradition, generally taught in a pedagogical fashion and handed down... Read More