The santoor is an ancient folk instrument thought to have originated in Persia, from where, according to some scholars, it made its way to India. But ancient Indian texts also refer to a very similar zither-style instrument as shata tantri veena ('hundred-stringed instrument') at a time when the word veena was a generic terms for all string instruments.

The santoor became a vital part of the folk music of the Kashmir region where it is the favourite melodic accompaniment for Sufi (Islamic mystic) vocal music and it is possible that it was introduced here either by early Persian Sufis or traders.

A hammered dulcimer shaped like a trapezoid box, it is usually made out of maple or walnut wood. The strings are played by being struck with two lightweight wooden mallets held between the index and middle fingers. The Persian santur has fewer strings (72) compared to its Indian counterpart which usually has at least 90.

Each pair of strings passes over two bridges, one on each side of the instrument. The santoor we hear most in Indian classical music today is the style of Pandit Shivkumar Sharma and his son Rahul, with 31 bridges and over over 90 strings, with a range of three octaves.

Earlier in the 20th century, outside of the Kashmir valley, most Indians had not heard the santoor until the early 1950s when Uma Dutt Sharma, a vocalist and able multi-instrumentalist, attempted to introduce the instrument to Indian classical music with his then-teenage son Shivkumar Sharma.

It was not an easy task - the santoor is struck with mallets rather than plucked, the overall sound tends to be percussive compared to the more fluid tones of other Indian string instruments, where notes can be held and slides between notes performed with astounding rapidity.

For this reason, it took decades to convince diehard purists that if handled correctly, the instrument is as worthy of executing a classical raag as any other Indian string instrument. Shivkumar Sharma, now a Pandit, has continued to innovate throughout the past half-century, making many further modifications to the instrument resulting in an improved tonal quality as well as an altered playing technique – the santoor is now balanced on the lap instead of being placed on a wooden block in front of the musician as it was for Sufi folk music. The much-revered instrument.

Listen to the music | Here he summons Raag Jog's state of enchantment with Pandit Anindo Chatterjee on tabla, live from Darbar Festival 2010.

In the words of Pandit Shivkumar Sharma, "I was trained as a vocalist and a tabla player and I feel that has helped me a lot...I tried to balance melody with rhythm.” 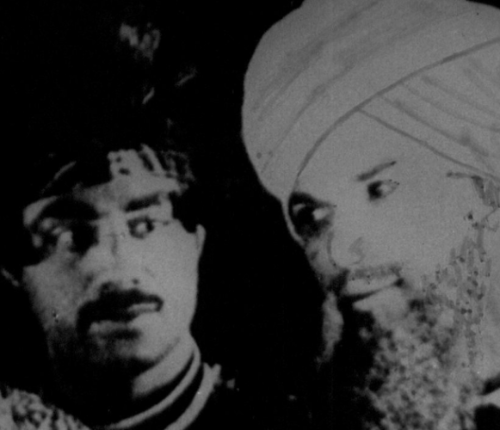 Say the word 'India' and many people conjure up images of Rajasthan. Used as a filming location from everything from... Read More