The conventions of concert etiquette for Western classical music are a little daunting. Don’t breathe heavily. Don’t sneeze or cough. Don’t clap. Don’t talk and don’t fidget! It wasn’t always this way. Mozart was well used to people talking and eating during his concerts, especially if they were during dinner time.

The expectation of silence developed late in the 19th century when several composers like Wagner and Mahler clamped down on audience applause and other distracting noises. Every genre of performance has its own norms for audience response, and these norms shift over time.

In some settings, you can throw flowers or money; you can applaud or fall into an awed silence. Some cheer or dance or clink glasses. In some cultures, whistling means you love it and in others it’s a definite cry of hate. Though certainly no less worthy of full focus and attention, the Indian classical concert experience has never been an ultra-reserved affair and audiences have their own language for letting a musician know they approve.

Both the voice and the body play a role in expressing appreciation. Just a few notes into the concert, you may notice a few heads shaking side to side. This can be subtle and silent, or a more pronounced movement accompanied by audible tutting. This is not to be mistaken for disapproval or outright disgust (as George Harrison of the Beatles thought the first time he attended an Indian music performance, shocked that the audience would be so rude).

The extended tut-tut says: ‘I’m already impressed. Keep going.’ Sometimes it comes so early on that it’s hard to believe that something has already happened to merit such enthusiastic feedback. Don’t worry, it’s all part of the participatory culture and unlike applause, there’s never an inappropriate time for a loud tut.

The hands of audience members are often kept busy counting the taal (rhythm cycle), sometimes with dramatic waves and florid fanning of the fingers as the tempo increases. Sometimes the listener’s counting is violently interrupted as he jabs the air in approval, waves or gestures toward the performer with fingertips drawn together. All of this helps the listener to feel very activated and connected with what he is hearing and observing and lets the performer know that the audience are invested.

Next comes the more vocal appreciation. Though people could use any words, several standard phrases have become entrenched in classical music culture and are almost always preferred. Most of the expressions come from Urdu, one of the languages of the Mughal courts, whose patronage of the arts has left deep cultural impressions.

First on the list, is ‘wah, wah!’, simply meaning, ‘wow!’ The expression is nuanced - a raving approval may be accompanied by a slap of the thigh, or spoken more reservedly and slowly to indicate a grudging approval. It can be preceded by the word ‘arre!’ which can give a feeling of delighted surprise, or if spoken slowly in a questioning tone can mean something like ‘you sneaky devil!'.

Other phrases include ‘shabash', a gusto filled equivalent to ‘bravo!’, and ‘kya bat hai!’, which literally means, ‘what is going on?’ but is used as a longer form of ‘wow’. These expressions are all mix and match, you can use them alone, or all at once, varying in tone and volume for effect.

In an Indian classical music concert, there are often many musicians in the audience, some very advanced and some relatively at the beginning of their studies. You can often spot them playing percussion on their knees or the empty seat in front, or humming along the raga. Often those who are most senior in experience provide the cues for acknowledging the more subtle points. In Indian music terms the audience member who deeply understands the art form is called a rasika, meaning 'someone who understands rasa' (taste).

Applause is relatively new to the genre. It never used to be a traditional way of responding and there are artists like the late Pandit Ravi Shankar, who requested that applause be held back until a break between pieces, as it can drown out the music and create unnecessary disturbance for the artist.

Others are more liberal - in an interview with Darbar, tabla maestro Pandit Sanju Sahai:

"Indian classical music is special in that it allows for this direct two-way communication with the audience. I love Western classical music too, but remember going to a concert aged 11 and being told not to clap between movements. I thought this was so strange - audiences should be able to let the artists know when they’re feeling something!".

These days, global audiences are becoming more and more diverse and Indian classical music is more widely understood and experienced than ever before. Ultimately, whatever way you choose to show your approval it all stays true to the spirit of the music, that no one should be passive, every person is playing an active role in listening, learning and recognising the effort and artistry of the performer. So, whether you give a ‘Wah! Wah!’ or a ‘Woohoo!’ - don’t be shy!

Listen to the music | A wide range of audience responses are on display in this scintillating excerpt by bansuri maestro Pandit Rupak Kulkarni and rising tabla star Ojas Adhiya - they gasp at the conclusion of the tabla solo, laugh at the playfulness of the jawal-sawab (question-answer section), and roar approval at the concluding tihai. 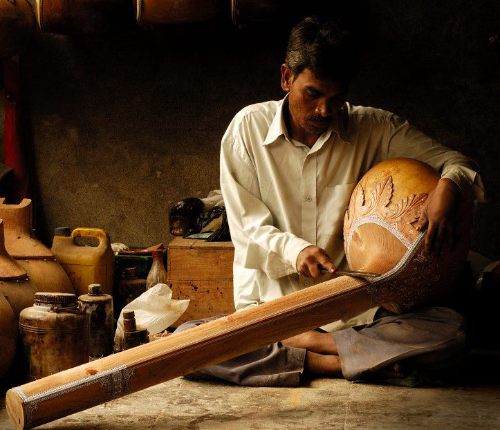 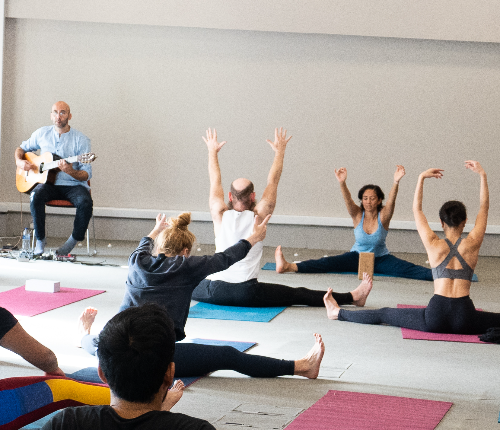