The Hindustani slide guitar pioneer discusses instrument creation, the hidden harmony in ragas, and how to appreciate the interconnectedness of nature.

Pandit Debashish Bhattacharya is both a radical and a traditionalist. His self-designed slide guitars breathe new colour into classic Hindustani ragas, and he combines a deep knowledge of the music's ancient roots with an open, global outlook. His collaboration map stretches from South Africa to Hawaii, and expands each year.

Like many Hindustani stars, he was born into a long cultural lineage. The Bhattacharyas trace their family back through 76 generations of artists, writers, and teachers of Sanskrit, and Debashish represents the seventh in a straight line of musicians. He established himself early, debuting on All India Radio at the age of four, winning local competitions at seven, and inventing his first slide guitar at fifteen.

But his path has never been a straightforward one. He was denied a prestigious classical scholarship on the grounds that he didn’t play a traditional instrument, and just as his career was taking off he left his home in Kolkata to study with the late guitar pioneer Pandit Brij Bhushan Kabra.

“In my generation, I’m among only a few musicians who left to study instead of starting to market themselves. I left my family and many local opportunities, travelling 2,418 kilometers and entering my guru’s house with my guitar, a ten rupee note, and no extra garments. I didn’t play concerts for those ten years, and learned under tremendous hardship. My life as his disciple is inexplicable. I would say it was more traditional than anything I’ve experienced in life”.

He also learned sitar, sarod, and vocal music, and has always been inclined towards outside influences too: “I learned the Hawaiian guitar as a child, and played 1920’s European and Hawaiian compositions aged five to nine. I’ve studied six-string slide and staff notation”.

Growing up he had to face critics who did not see a place for the guitar in ‘true’ Hindustani classical music. He had to develop a healthy confidence in his achievements, but acknowledges that the journey of a disciplined perfectionist is not easy:

“Imperfection is your walk in the path of perfection. This is a lifelong journey, which will eventually end with you and start with someone else. Restless nights can be made restful with a glass of something, or can be a source of inspiration to work harder”.

I get the sense that he’s always aimed to expand his own understanding rather than rebel against anything in particular. After all, anyone who designs their own instruments has to rebuild from first principles: “I created the first Indian classical guitar in 1978 at the age of fifteen. I designed it from scratch - it wasn’t a modified Western guitar. Since then I’ve introduced new elements to global slide guitar, including new tunings, fingerpicking techniques, and over 500 compositions”.

Instrument design is primarily an artistic endeavour, but requires mathematical precision too. Bhattacharya has always sought to connect different modes of thinking, and it’s no surprise that he found inspiration in school biology classes as well as the goddess Durga's nine forms: “Religion and science are useless if they don’t help each other. But I can find myself happy with or without them, lost in the addiction of pure sound, portraying love in the groove of time”.

This interconnected approach helps him to see shapes others often miss in traditional Indian music: “We don’t think about harmony the same way, as our music is modal. A raga may be made of notes, but the melody and extended phrases give harmonic shape to it. Chords are already there in the past 60 years: Ustad Amir Khan used tanpuras with three notes (Pa-Ni-Sa), and Ustad Vilayat Khan tuned his sitar’s chikari [percussive strings] to a major triad (Sa-Ga-Pa)”.

Elsewhere he speaks of Bach’s solo string works in the same regard. They are also streams of single notes, but nobody would see them as absent of harmonic movement. I wonder what his own take on the violin partitas would sound like? Perhaps we’ll find out - he’s been writing orchestral scores recently.

Pandit Bhattacharya doesn’t sit on the boundaries between his traditions - he fully embodies them. However he also recognises the importance of keeping disparate styles distinct: “I can play three different styles - it’s about creating new wings, not polluting. But I don’t mix them when I play traditional dhrupad style”.

Unfamiliar music elicits different reactions from a listener, so does he consciously change his style when playing to Westerners? “I walk to the studio or stage in the same way, whether in India or abroad. When I perform the dialogues are between my own guitars and my beloved ragas”.

Overall he describes himself as “an optimist and a pessimist” about the future of Indian classical, recognising that young musicians are growing up in a much faster-paced world than their forebears. He has seen this firsthand - his daughter Anandi is an accomplished singer who releases her own albums as well as featuring on his, debuting this year with Joys Abound.

“I love younger generation musicians, but they miss some of what we had - gurus and teachers who were not so busy earning everything needed to sustain life. They have it harder, suffering from the viruses of judgements, negativity, self-marketing, and short term pleasures. But if a student has the right mixes of passion and focus then it will bring them benefits and serve the Hindustani tradition. Illiteracy is not a problem, but half-education is”.

He takes his own teaching commitments seriously, working with thousands of students around the globe. He encourages modern learners to stay discerning and integrate all aspects of their musical approach:

“Taste is the filter. I think art will always claim surrendered lovers to itself. And leading a scholar’s life is not enough, as there are no boundaries like this in nature. We segregate and draw lines for particular purposes, but everything connects, including the sixth element - sound”.

“Expansion inward is more important than outward. Stay close to the music, however you can. My gurus taught me that - I’m still trying to be close enough”. 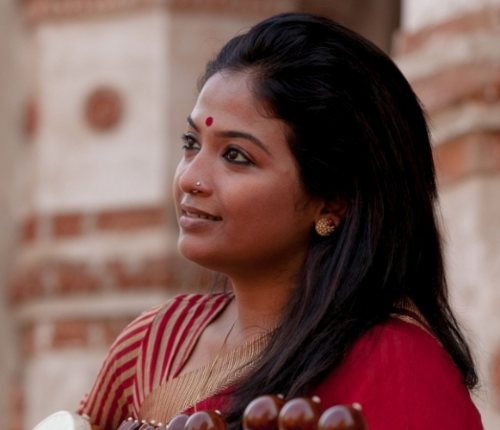 The young Bengali sarod star discusses inspiration from nature, music and gender, and the illusory nature of raga. By... Read More 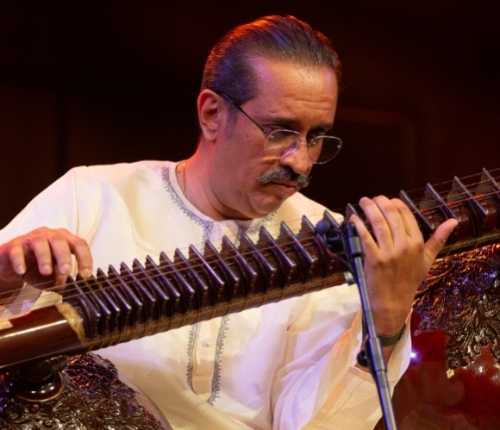