Jyotsna Srikanth’s sliding violin is a mainstay of Europe’s global music circuit. Aged five she heard Carnatic violin for the first time, and tried to imitate the instrument’s action by scraping together two brooms from the kitchen cupboard (“my mother thought I’d gone mad, but I was desperate to hear that sound again...”).

She studied under her mother, Rathna Srikanth, and then took advanced instruction from RR Keshavamurthy, the legendary seven string violinist of Karnataka. She also trained in Western classical music at the Bangalore School of Music. Alongside her demanding musical schedule she also trained as a medical doctor, eventually receiving a postgraduate degree in Pathology.

But music’s allure proved too much, and she chose to pursue it full-time after moving to London with her husband in 2004. She went on to accompany a wide range of top Carnatic musicians as well as teaching and writing for ballet. Aside from this she has recorded for over 200 films and worked in a vast array of fusion settings, including with the Bollywood Brass Band, flamenco-jazz guitarist Eduardo Niebla, and her Indo-Swedish Nordic Raga group.

Today Jyotsna is in demand as a leader and accompanist in traditional Carnatic music, having played at Darbar Festival more times than virtually anyone else.

"Somehow, in India, you can afford to have two professions, but not here. So at that moment in my life, when I moved to the UK, I had to decide whether I would take medicine or music, along with the family. And the passion for music was so much more." 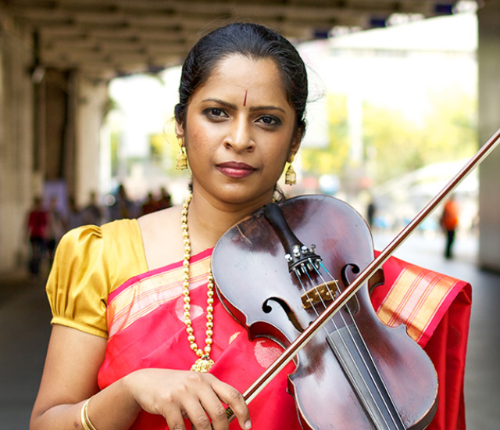 Akkarai Subhalakshmi is a leading Carnatic violinist. Her grandmother R Sornambal was an expert in harikatha... 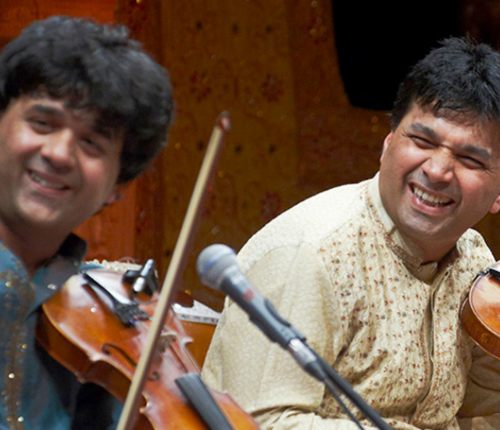 Ganesh & Kumaresh Rajagopalan are Carnatic music’s foremost violin brothers, having performed together for over four... 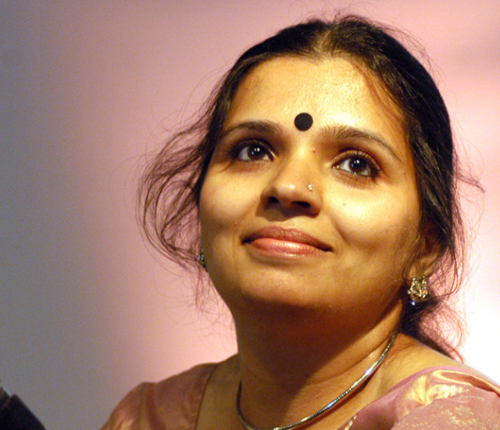 Kala Ramnath is one of India’s most adept violinists, sliding around the fretboard in a strikingly vocalistic style....

Mysore Manjunath and Mysore Nagaraj are among Carnatic music’s leading violinists. Trined principally by their father...