Pandit Swapan Chaudhuri is a living legend of the tabla. Born into a large Bengali family, his father was a doctor and part-time composer who encouraged the discipline of music practice while also expressing reservations about the idea of it as a career.

But his first guru Santosh Krishna Biswas recognised his extraordinary talent, which also caught the ears of sarod great Ustad Ali Akbar Khan, who lived on the same block as the family. By the age of ten he was accompanying the latter to the pioneering Ali Akbar Khan College of Music in California, helping with lesson demonstrations.

But he did not turn to tabla full-time until after completing an economics degree and almost pursuing further study at Harvard. But Hindustani music’s inescapable call beckoned, and he commenced a masters’ degree in it before launching into a stellar career, quickly turning the heads of senior artists and soon becoming the Ali Akbar Khan College of Music’s first director of percussion.

He has accompanied several generations of top musicians, energetically committing himself to a performance schedule that would exhaust musicians half his age (once he accompanied eight top artists in 24 hours, including Pandit Nikhil Banerjee, Ustad Amjad Ali Khan, Pandit Jasraj, and Pandit Bhimsen Joshi).

Alongside classical performance he has worked with artists including Stevie Wonder, Larry Coryell, and Kayhan Kalhor, and shows few signs of slowing down, saying that “tabla is limitless. I never want to stop."

"Before a concert I don't like to eat. I drink just tea. You don't need food, the energy just comes. When you enjoy something, you forget about yourself. Some kind of special power generates in your body, you don't get tired."

Sukhwinder Singh (affectionately known as ‘Pinky’) is a singular percussionist, specialising in low-tuned tabla and... 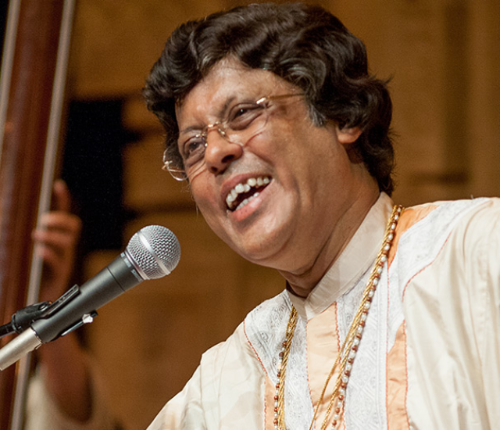 Pandit Anindo Chatterjee is one of the most accomplished tabla players of the modern age, known for breathtaking... 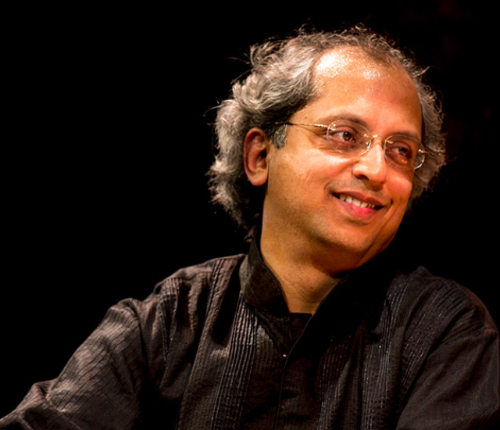 Pandit Yogesh Samsi is one of India’s leading tabla soloists, pushing the instrument’s boundaries and furthering the... 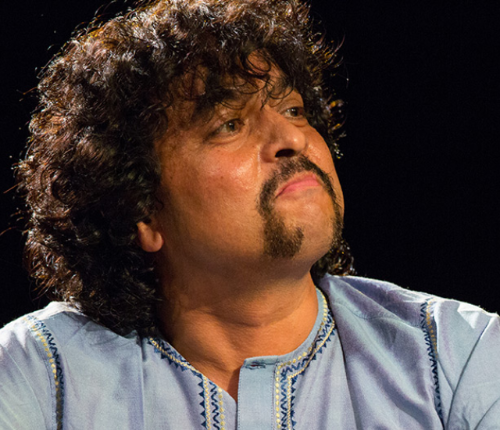 Pandit Supreet Deshpande is a tabla maestro from the Farukhabad gharana. He studied under his father Pandit Kiran...