20 year old Ramana Balachandhran is not your conventional college student. Though he is pursuing a Bachelor's degree in Computer Application—a pathway that he says ‘makes sense’ in India and as the son of a software engineer—his daily life is anything but ordinary.

Known as one of the youngest Vainikas (veena players) to grace many of the best venues, sabhas and music festivals both in India and the US, he is also a mainstay at the Chennai December Music Festival. As a child prodigy, his maturity and musical restraint far surpass his age, and he has emerged as one of the most sought-after veena players of his generation—known to provide a refreshing interpretation of Carnatic ragas with virtuositic agility.

Till date, he has performed over 350 concerts across various prestigious venues all over India and abroad, and has earned several accolades including a direct A-grade from the AIR (All India Radio) at the age of 16, after being waived for the audition at 14 (a waiver previously bestowed to U. Srinivas and S Shashank). The Deccan Herald counted him as one of the #DHChangemakers and amid 20 to watch in 2020.

Averaging five hours of intense daily practice, the talented veena and mridangam player feels music has always been his calling—captivating him since he was a toddler. “I’m sometimes surprised by how naturally it came to me,” he shares.

In many ways, Balachandhran is largely self-taught. He had his initial vocal lessons from his mother, Sharanya Balachandhran, and then pursued the veena for three years under B. Nagalakshmi. Since then, he has been on a journey of learning with his father, his main and current guru, although much of the veena technique is something he says he has had to discover for himself over the course of many years. Today, his father continues to be a guiding creative force. “I still do a lot of the manodharma or intellectual mind work with my father,” Balachandhran explains.

And the mind work is intense.

Balachandhran's self-admittedly off-beat approach to education has shaped his nuanced understanding of music. Home-schooled and, indeed, 'de-schooled' from sixth grade onwards, his family's decision to pull him out of India's often rigorous and rote-learning dominated education system allowed his creative impulses to flourish.

"There is a lot of depth and joy that you get to access when you get to choose what you wish to learn, at your own pace. In some ways, the education system kills the enthusiasm and colour in your life...you start a subject, and 45 minutes later, you're out," shares Balachandhran, who prefers to immerse himself for hours on end in a musical permutation. It's one of his favourite things to do, he says, mulling over a musical problem for hours on end, utterly engrossed and in the state of flow.

This mindset has yielded results in many facets of his life. For example, he used a wealth of self-paced learning material and online resources to master Mathematics, a subject he initially found frustrating but later excelled at.

"There is definitely Math in music. Of course there is very simple gross Math in the form of arithmetic but Math does exist in more abstract forms. There is rhythm in pure melody. There are proportions and pauses that when attended to sensitively, add to the musical value of a presentation. I like to think about Math being present [in my music] in an abstract way…the tempo, the pauses and blank spaces."

Balachandhran believes that touching another's soul with his music is the ultimate achievement. He enjoys, "...Spontaneously discovering new paths in the way ragas are explored…a lot of the beauty and sophistication [in Carnatic music] that comes through the microtones."

In fact, while he enjoys spending time listening to and acquainting himself with other genres—for instance, Jacob Collier is a musician he is fascinated and deeply inspired by—and is always thrilled to try new instruments, the depth and profundity of the art form continues to captivate him, "I feel there's an ocean of work ahead for me in just the Carnatic genre alone."

Ultimately, that is the ocean he loses himself in, both on and off stage.

Alone, and with his audience.

"I love exploring ragas in new and spontaneous ways. In that process, I just like to lose myself. It's always a humble attempt...to lose yourself gracefully. Because when the artist loses himself on stage, irrespective of catchiness and contemporary popularity of the music, the audience comes along. They [lose themselves too] and they are really touched." 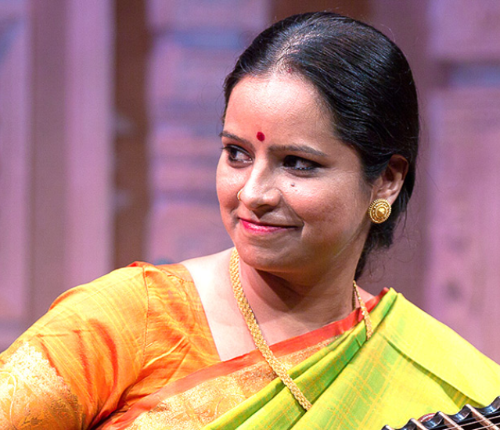 Jayanthi Kumaresh’s Saraswati veena is an ancient instrument, named after the Hindu goddess of arts and learning. But... 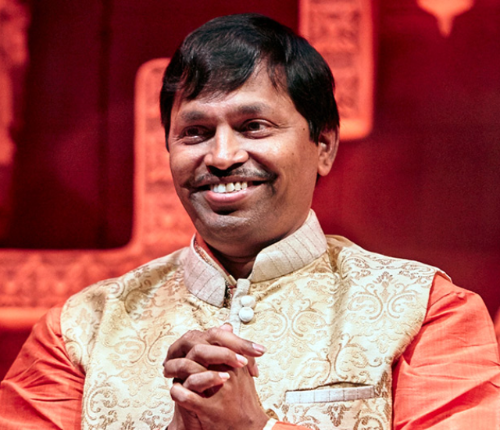 D Srinivas is a superbly talented veena exponent from Hyderabad. He studied in the family, making his debut aged nine...

Rajhesh Vaidhya was born into a musical family in Tamil Nadu - his father KM Vaidyanathan played mridangam, and ghatam...