Rakesh Chaurasia is an innovative exponent of the modern bansuri (a side-blown subcontinental flute). His style has been hailed as enchanting and mesmerising, and is informed by a detailed study of vocal technique. He takes a deep interest in the spiritual and therapeutic aspects of music (“while performing...I feel as if I am praying in a temple”) and draws inspiration directly from nature—one of his albums imitates the sounds of wind through nine different melodies. But despite an eclectic repertoire, Chaurasia remains rooted around a detailed classical core. When asked whether classical music still holds cultural importance in India, he replied: “that’s like asking if the sun is still important. Classical music is the foundation of all other kinds of music”.

Chaurasia is a true exponent of the therapeutic impact of the bansuri, “The notes have to do something within your system so it affects your chakras and your mind frame,” he explains, adding that the correct timing (also known as 'Prahar' time theory) helps amplify the impact. Even if the performance takes place in a dark auditorium, he maintains, you can feel the morning. “The notes really have something to do with your system. I have felt it many times.”

In classical Indian music, he says, the mood is spiritual, allowing the audience to relax and meditate. “It’s an easy connection between humans and divinity,” says Chaurasia, “Sometimes, you feel you must have visited heaven.” Understanding the raga or having learnt the conventions is not a pre-requisite, he explains. It may even be a hindrance, as “The more you know, the more you become a critic. Music is just something you feel. And [Indian classical music] speaks for itself.”

But preserving the authenticity of the music while simultaneously presenting something every person in the audience can connect with often entails striking a tenuous balance. There may be several connoisseurs in the audience, he explains, but there may be many others who are new to the art form. “You’ve got to face the eyes of the audience…if there are 100 people, that means 200 eyes are watching you.” 200 ears are listening…and 200 hearts are beating, waiting to find their rhythm once again.

It is also imperative to acknowledge the degree to which the man or woman behind the machine can influence the piece. The entire raga can be influenced and reconceived based on the musician’s mood and emotional state, as well as the prevalent mood or atmosphere in the concert hall. In Hindustani music especially, he explains, musicians have the liberty to improvise during the performance. “It’s like you’re given four notes or a Google Map. The way you go, your emotional state, the colour you bring to your performance…that’s all up to you.” This also makes establishing a connection with the audience and internalising the prevalent energy in the hall  important. “I like to connect with my audience,” he shares, “There’s this misconception that Indian classical musicians are very serious, but I like to bridge that distance. I even crack jokes on stage.”

Chaurasia was captivated by the swirling sounds of his uncle’s (Pandit Hari Prasad Chaurasia) flute when he was only four. His style follows in the footsteps of his illustrious guru and uncle Hariprasad as well as the illustrious lineage of the Maihar gharana, but he has found his own territory too—recent collaborations have included jazz, flamenco, and Bollywood. He credits Hariprasad’s open-minded philosophy with encouraging him to explore new sounds, and still finds limitless inspiration in his uncle’s teaching (“I pray to God that I should be reborn to such a guru!”). In an exclusive interview for Darbar Festival 2022, he also remarked: “I have neither seen nor heard Lord Krishna. Hari Ji is my Krishna.” Admittedly, there are great expectations surrounding the family name, but “The Chaurasia legacy lives on.”

Perhaps the most bewitching aspect of Chaurasia’s bansuri is its ability to blend seamlessly without ever losing its distinct identity, making for a magical experience, every single time. 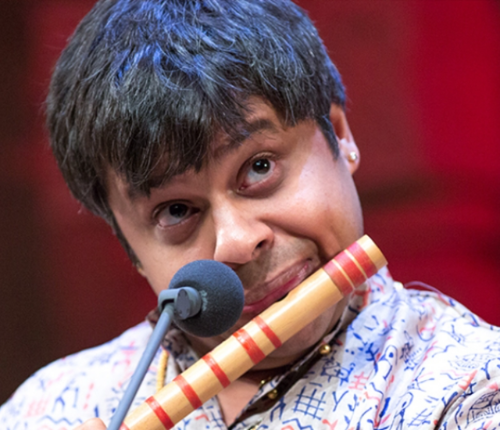 Born to a biochemist father in the extraordinarily musical village of Rudrapatna, Shashank Subramanyam started... 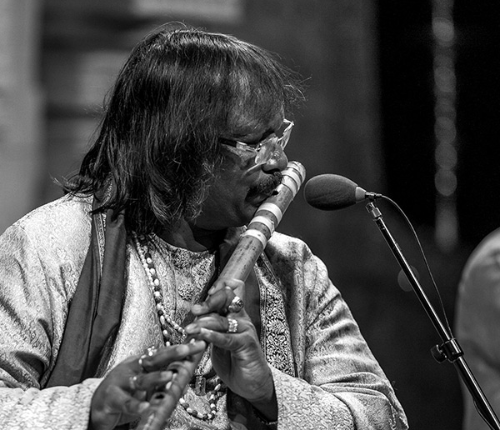 Pandit Rajendra Prasanna is a leading exponent of both the bansuri and the shehnai, two wind instruments with... 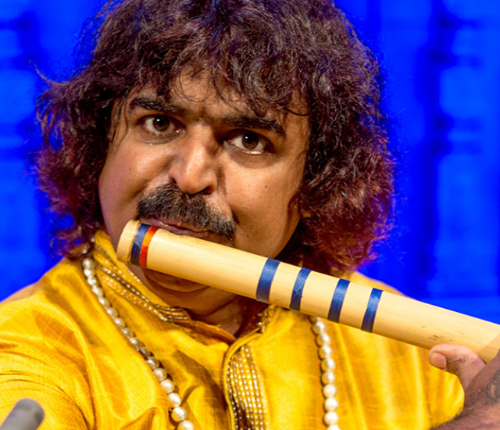 Pravin Godkhindi is an eclectic classical flautist, performing Hindustani music on the bansuri. He studied under his... 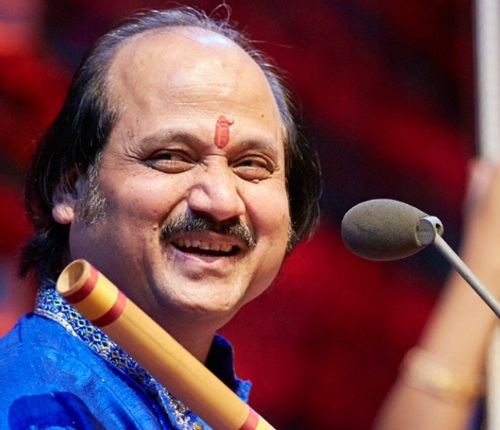 Pandit Ranendranath ‘Ronu’ Majumdar is a bansuri master from Benares. His father was a homeopathic doctor, oil...