“The word tradition has another word hiding within it: addition. Tradition continues when you have addition”— so says one of India’s leading mridangam players, Patri Satish Kumar.

Although he is steeped in the highly conventional and codified Carnatic tradition of South Indian music—or perhaps because of it—Kumar is a firm proponent of keeping an open mind while creating, composing or experiencing music.

He believes entering the concert hall without preconceived notions and not allowing any comparisons with the past or future to emerge and taint the present moment is integral to breaking down barriers and allowing raiskas (audience members) to fully immerse themselves in the music. In fact, Kumar breaks down the appreciation of music, in any form, to four key stages, namely (i) learning, (ii) listening, (iii) practice and (iv) performance. And learning, of course, requires a receptive and unconstrained mind.

“Be open. Like the ocean,” he says, “Things will naturally start falling into place, and the imprint left behind by the music will remain fresh.”

First inducted into music by his renowned violinist mother, who noticed his talent at tapping his school lunchbox in rhythm, Kumar went on to study under three Andhra Pradesh gurus—S Ramachandramurthy, VA Swami and V Narasimham. His music education started far earlier though…in utero. Kumar believes he started imbibing music from his mother’s womb. To this day, his music is guided and influenced by her; while she passed away when Kumar was only 19, “I still feel her through my music every single day,” he shares.

Kumar is known for his fine dynamic control and architectural solo phrasings. He credits his teachers with broadening his mind, recounting that they never set him ambitious goals beyond immersing himself in the music as fully as he could.

He says that “the mridangam chose me and not the other way around” and is a firm believer that the success and longevity of a musician’s relationship with his instrument is deeply influenced by the instrument’s acquiescence and free will.

But it was on the kanjira that he got his early break, reasoning that it would allow him to accompany top mridangam artists and perhaps fill in for them on occasion. It worked—he was soon accepted as a mridangam accompanist, and has now worked with almost all of today’s top Carnatic artists.

He has worked in jazz settings too, and his Dancing Drums project involves a large ensemble of layered percussion instruments. But his forays into fusion have not diluted his classical playing, which still forms the focal point of his stellar career, where he is regularly praised for his technique, supreme musicality, passion and effortless virtuosity on the mridangam.

The framework of Indian classical music, he shares, allows him to experience a spiritual journey. “The progression of the ‘musical syllabus’ lets you deepen and broaden your thinking. It becomes progressively more enjoyable [and therapeutic]. All you need is an openness of mind and acceptance to the beautiful sound.” 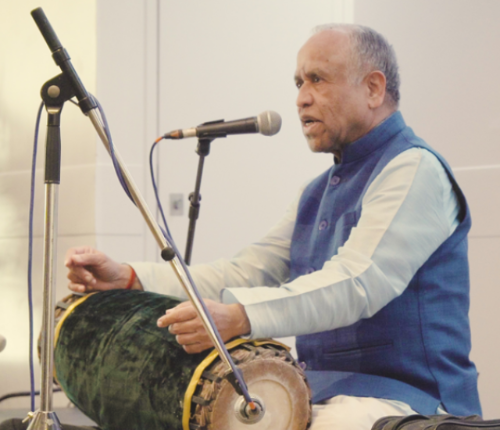 Dr. Trichy Sankaran is a global ambassador for the mridangam, a double-headed South Indian drum. Crafted from the... 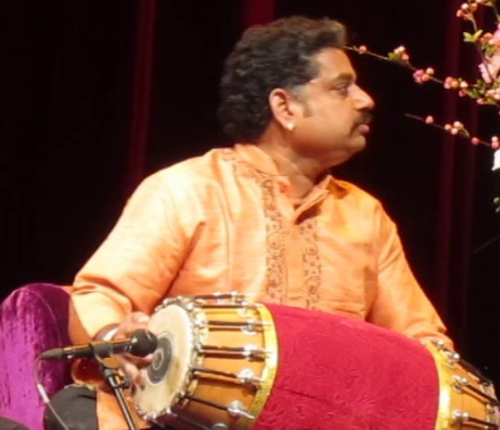 Parupalli Subbaraya (P.S.) Phalgun is an experienced mridangam maestro, known for rhythmic dexterity and a deep... 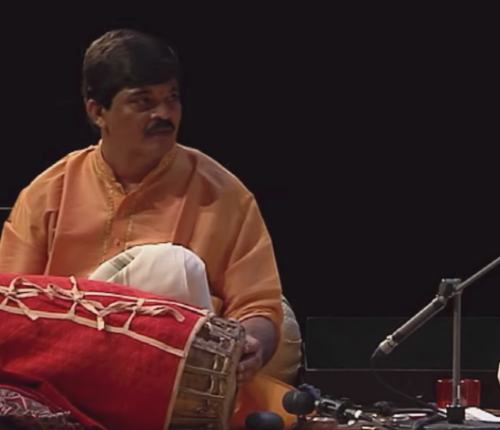 VV Ramanamurthy is a leading mridangam artist. Born to a lineage of Carnatic masters, he was recognised as a prodigy...