Dr. Kadri  Gopalnath (1949 - 2019) was one of the most versatile Carnatic musicians and a creative genius. He pioneered to apply a purely western instrument – the alto saxophone - into Carnatic music, making it a part of the repertoire and enriching it all the same.

Dr. Gopalnath was born in 1949 in Mittakere situated in Sanjeepa Mooda village of southern Karnataka, India. He started learning nagaswaram, a double-reed wind instrument from his father Taniyappa. At 15, he attended a concert at the Mysore Band at the Mysore Palace where he got smitten by the sound of the saxophone. Ever since he took to the instrument passionately and began learning it’s techniques from N. Gopalakrishna Iyer in Mangalore.

Dr. Gopalnath came from a poor family; He was the third of eight siblings, his father barely made ends meet with his meagre earnings. He thus took up salesmanship at a young age and also made some extra money rolling beedis (south Asian cigarettes made of tobacco and a native dried leaf). For practising the saxophone, he used to go and sit on the banks of a pond near a temple in Kadri, another neighbouring village to his hometown.

In southern India, it is customary to add one’s place of residence as the prefix to one’s name. Having spent the most important years of his learning in Kadri, Dr. Gopalnath chose to add this as his prefix and came to be known as Kadri Gopalnath. Much later in his career, he earned the title of “Saxophone Chakravarthy,” meaning the ‘whirlwind of the saxophone’.

Dr. Gopalnath got his break in 1978 at the national radio station -  All India Radio. Thereafter, he came into contact with his second guru – T.V. Gopalakrishnan, a mridangam player and a vocalist who identified his potential and gave him advanced training in Carnatic music. He also tweaked the saxophone in order to produce the Carnatic nuances better. So successful was the adaptation that he immediately became a sensation in classical music.

In 1980 at the Bombay Jazz Festival, Californian Jazz musician John Handy invited Dr. Gopalnath to play on stage with him. The performance was well-received and paved his path to performing in the greatest jazz music festivals in Prague, Berlin, International Cervantino Festival in Mexico, the Music Hall Festival in Paris, the BBC Promenade Concert in London (1994) and many more.

He co-composed and recorded albums with many renowned jazz musicians – one of the most interesting ones is known as ‘East-West’ – a fusion album that has an eclectic mix of compositions ranging from those of Saint Thyagaraja from south India to those of Beethoven. He worked with American jazz musician Rudresh Mahanthappa and released the album “Kinsmen” in 2008.

Dr. Gopalnath became a household name in 1992 in India when he worked with music composer A.R. Rahman in a film called “Duet,” where all the tracks were saxophone-centric and the entire score stood on the strength of his music alone.

Apart from an avid performer, Dr. Gopalnath was also an acclaimed teacher. His even temperament and cheerful demeanour made him an endearing personality to one and all.

“I regret not having my parents with me now. I started out with nothing…it was not easy for my father to raise eight children; Nowadays I look back at those fledgeling days with a sense of surprise and awe. But I believe in doing good to people and being generous in life.”

The saxophone maestro made this heartfelt statement in an interview with The Hindu newspaper in 2012.

In 2019 on the 11th of October, Dr. Gopalnath suffered a cardiac arrest at his home and was admitted to the hospital where he breathed his last. 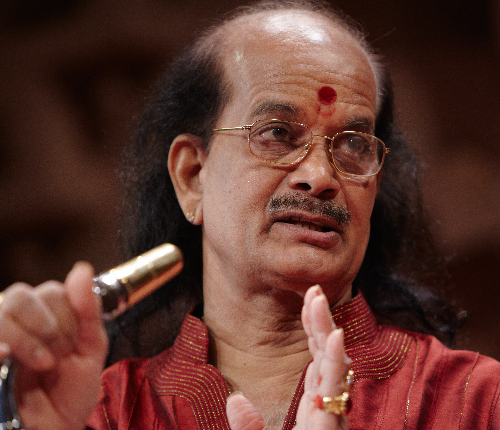