We often wonder why our New Year’s resolutions so frequently fail. We find that the firm resolve we muster up at the start of the calendar year, accompanied by a clean slate mentality, usually falters within the first couple weeks. One smudge on that metaphorical clean slate or a streak being broken can lead to an ‘all-or-nothing’ defeatist attitude where we throw in the towel. Do such resolutions set us up to fail?

The key to having better resolutions may be in reframing our understanding and promoting self-acceptance resolutions.

Psychologists and experts alike offer advice on how to ‘make them stick’ this time, ranging from being more specific in our goal-setting to creating supportive environments, scrounging up seemingly infinite reserves of willpower and preparing if/then strategies in anticipation of foreseeable challenges.

But the key to having better resolutions may be in reframing our understanding and promoting self-acceptance resolutions instead of a pressure to change and meet standards. And social media is helping us get there.

In other words, it is the constant push and pull these domains are generally fraught with that drives our goal-setting behaviour around the new year.

As sharing resolutions on social media platforms becomes more commonplace, researchers are able to assess vast compendiums of troves of data to map out the emerging trajectory of self-acceptance as a ‘transnational component’ on a ‘global platform.’

“While prior research on resolutions has depicted change almost exclusively in terms of self-improvement (e.g., losing weight or quitting smoking), our data reveals an alternate understanding of change organised around the notion of self-acceptance," write the researchers.

The orientations largely align with the two most prominent values in the corpus: effort and the self. Resolutions which frame effort as important, from getting organised to earning better grades in school, tend to promote the idea of self-improvement. On the other hand, resolutions which frame the self as important, from loving yourself unconditionally to ignoring what other people say, tend to promote self-acceptance,” they continue.

The study finds that social media is playing a vital role in the dynamic construction of our beliefs around what is important and worthwhile, somewhat of an “…ongoing framing battle not just about resolutions but about the meaning of the good life in the broader sense...this type of resistance to dominant paradigms of success or beauty resonates with other movements on social media and is part of a cultural trend on these platforms.”

With body positivity, self-acceptance and inclusive movements gaining momentum, it makes sense that there is a trickle down effect into the way we perceive ourselves and set our goals. While the research concedes that the findings did not neatly correlate to cultural norms as hypothesised, the emerging trend of self-acceptance emerges clearly across the research. In other words, we seem to collectively be moving towards framing our resolutions in positive terms, and this year, that could be the strategy that helps them ‘stick’.

This research is newly published, and it maps the trajectory of a relatively novel phenomenon. However, the Indian ethos has extolled a sort of quiet acquiescence, mindfulness and self-acceptance for centuries.

Just like the Hawaiian greeting Aloha means hello, goodbye and also encompasses a moral code and union with nature, the greeting Namaste is more than a word.

Interestingly, the connotations the greeting is imbued with, particularly in the world of yoga as it is perceived in the West, have much to do with romanticising and sensationalising the East itself. Even the pronunciation differs (nah-mus-tay instead of num-us-te), with the simple three syllables representing a mysterious divine chant or Hindu mantra, often understood in an Anglicised context and conjuring up a trope of imagery surrounding exotic India.

But the origins of Namaste are engrained and mired in the nation’s DNA. Dating back to the Vedas itself, Namaste translates literally to ‘greetings to you’, with ‘nama’ derived from the Sanskrit verb “namaha”, which originally means to bend or show submission to superiority. In the everyday vernacular and daily fabric, however, it is used as a salutation—though the Vedas features it as a salutation to divinity.

Hrishikesh Hirway of Song Exploder has called out the overblown interpretation of the greeting, especially in the context of ending yoga classes. “I live in L.A., which is probably the global hub of ‘McDonald’s yoga’,” he starts off, and points out how sanctimoniously the word is used, in a ‘faux-profound way’. Though such usage is inflated, generally conflates the greeting into what it is not, and indeed represents an appropriation of a centuries culture, it remains that there is a degree of acknowledging the inherent uniqueness of each individual and centuries of mindful greeting in the greeting of Namaste.

During the pandemic, it also became a popular way to offer a socially distanced greeting.

I bow to the divine in you

But the greeting does have deeper meaning—it’s just not the one that is often inaccurately assigned.

According to certain studies, it is the gesture that accompanies the greeting, a slight bow with hands folded together, that, “…epitomises that there is a divine spark in each ones heart chakra i.e [a] salutation of ones soul by another.”

The placement of the hands—whether at chest or forehead level—also has profound meaning: “When the hand position is higher, above one’s head, signifies the utmost respect or reverence. In Hinduism, Namaste has a spiritual importance connoting that “the divine and self (soul) is same in you and me”. Henceforth, meaning of ‘Namaste’ states ‘I bow to you’ or ‘the divine within me greets the divine in you’.”

Sociologist Holly Oxhandler, believes Namaste means, “the sacred in me recognises the sacred in you”, and Hindu scripture extrapolates its meaning to a sense of homage, veneration, reverence, adoration, and even worship.

Namaste, then, becomes an attempt to unite spiritual oneness...a method of acknowledging our infinite potential and innate complexity as humans. A way of honouring the other person, demonstrating respect and perhaps exuding peaceful spirituality towards the universe.

And that respectful acknowledgement is important, because the Indian arts are holistic. They do not treat or inspire in isolation. Instead, it is the whole person that is immersed in the ancient Indian arts and sciences, such as yoga, which brings healing to our mind, body and soul. Energy flows uninterrupted through a series of chakras; it does not splutter in fits and starts at pitstops. And music encompasses the whole soul and elicits an entire range of emotions. It does not end with the ears or lips.

The entire artistic impulse of the Indian arts, rather than being divorced from the environment and natural world, feeds off of the times of day, circadian rhythm, changes in season or weather and cyclical patterns. It becomes difficult, if not entirely futile, to cherrypick certain aspects to resonate with just one limb, just one tenet or just one thought. Instead, we feel the primordial sound reverberate within and consume us, just like the universe coming into creation.

The entire artistic impulse of the Indian arts feeds off of the times of day, circadian rhythm, changes in season or weather and cyclical patterns in nature.

Darbar’s own yoga teacher, Kanwal Ahluwalia, sheds light on the metamorphosis and journey of immersing oneself in Hatha yoga. “Hatha yoga in its traditional form means path of effort…We start off working on more conspicuous effort, so that’s more physical postures or asana, and then we move on to more subtle practices…and then we move to meditation,” where the goal is to, “…find an inner awareness and inner peace.”

With time, she explains, practitioners start to feel transcendent calm and peace more often, gradually leading to less attachment—at first with what the posture looks like in yoga in favour of how it feels instead, and then a detachment from worldly things in general.

It becomes easier to draw on one’s inner reserve—not to fuel a resolution set in stone, but to harness the recuperative power of non-gimmicky, unsensationalised and vital self-care.

And in the context of setting goals around the new year, adopting a ‘Namaste mentality’—whereby one acknowledges the whole person and pays homage to the individual as well as the tradition of healing and self-acceptance in general—may help us reframe our resolutions in a way that doesn’t set us up to fail. Rather than pulling at the tensions, it may be worthwhile to explore the oneness, and let various facets of ourselves coalesce into one.

Above all, it is useful to remember that we all have a touch of the divine within us. That is, after all, what we bow to while saying Namaste. That alone should be enough to promote self-acceptance and self-love. 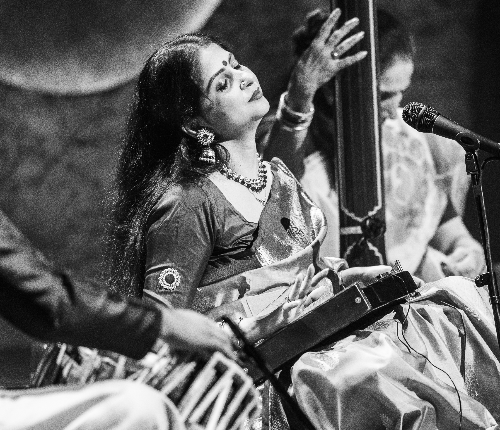 Classical music can uplift your mind, body and spirit—Indians believe it constitutes the ascent to divinity... Read More 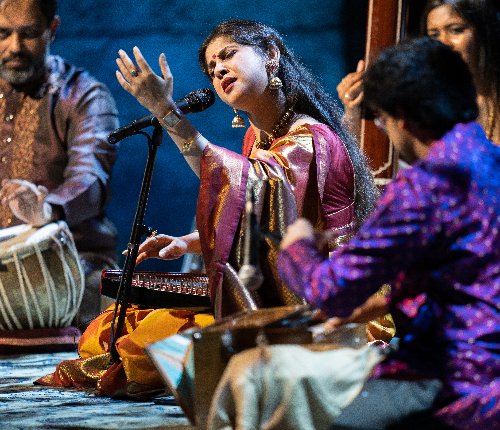 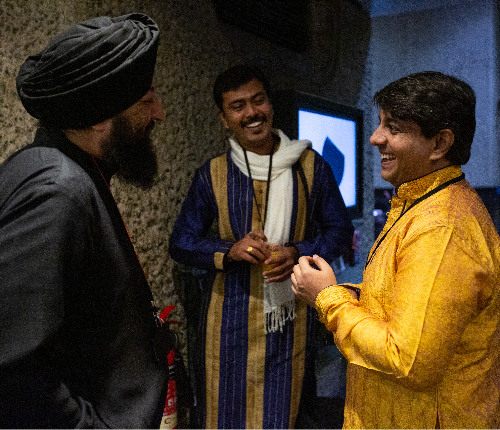 Darbar believe in the power of the Indian classical arts to thrill, stir and inspire a global audience. But what does... Read More