"Darbari...the emperor of ragas, and the raga of emperors”
(Deepak Raja, sitarist-scholar)

Raag Darbari is among the most revered in the whole Hindustani tradition. Its name, like our own, is derived from durbar, Persian for ‘royal court’ (see the painting above) - and it is little stretch to imagine its majestic tones echoing across grand marble floors, bringing solemn relief to kings, warlords, and diplomats alike. Performances tend to be slow, grave, and reverential, balancing vocalistic turns with a precise microtonal geometry.

It is sometimes referred to as Darbari Kanada. The suffix indicates its membership of the Kanada family, a group of Carnatic-derived ragas that share a similar komal ga phraseology. Some consider it to have been imported North by Mian Tansen, the legendary musician of the Mughal Emperor Akbar’s 16th-century durbar.

"Darbari Kanada...a strong power, a kind of manly essence - but it has no face…meditative, heavy, serious. Only after 50 or 60 years will I think of performing it.”
(Debasmita Bhattacharya, sarod star)

Darbari is suited to vocal performance, often at vilambit laya (slow tempo), with a focus on mandra and madhya saptaks (low/middle octaves). It takes Re as the vadi (king note), indicating it to be poorvang-dominant (with a melodic centre of gravity in the lower half of the scale).

There is strong use of meend (bends) and gamak (heavy oscillations), particularly around ga and dha. Deepak Raja describes these swaras as unlocking the heart of the raga's "ponderous deliberateness", and notes that some consider them to be "suppressed micro-swaras", intoned lower than usual.

As with other Kanada family ragas, Darbari uses the characteristic phrases (P/)n P in ascent and m, gm(S/)RS in descent, and has a similar tendency for vakra (zig-zag) patterns. Ornaments, used frequently, tend to loop around themselves, staying within their own scalar region (SRgmP or PdnS).

Pandit Ulhas Kashalkar has mastered the nuances of the Gwalior, Agra, and Jaipur khayal gharanas. His version of Darbari, live from Darbar 2011, sets the raga to vilambit tilwara taal (slow 16-beat rhythm). Watch the movements of his hands - they're a direct window into how he is feeling the structures of tension and release.

He alternates long sustained tones with rapid taans (melodic elaborations), often resolving with a m\g slide, even teasing the boundaries of the raga with touches of shuddha Ni (natural 7th) at points (e.g. 2:35 and 7:38) - an unusual trick. (He likely picked it up from Agra gharana forebears such as Ustad Faiyyaz Khan, who does similarly on this 1936 recording.)

Kaunsi Kanada (to oversimplify) takes Malkauns in ascent and Darbari in descent - and Enayat Khani Kanada is a rework by Ustad Vilayat Khan which alternates shuddha ga and ni with their komal variants (i.e. natural 2nd and 7th as well as b2 and b7).

Ustad Ali Akbar Khan incorporated Darbari-style ideas into the avroh of his own Raag Chandranandan - read our full article on this curious raga here. Darbari's closest Carnatic equivalent is Natabhairavi. 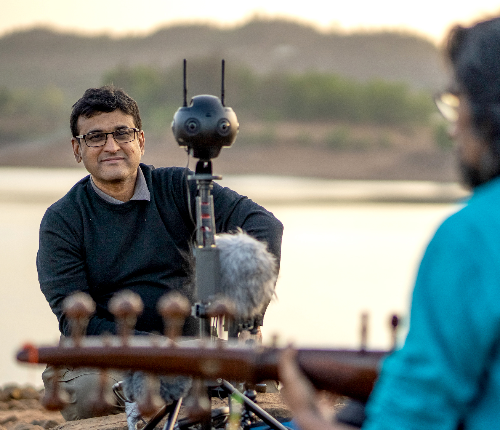 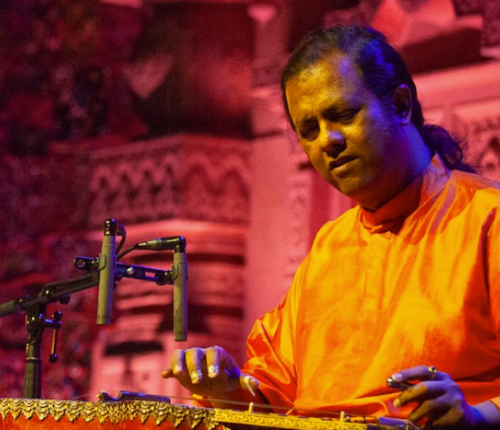 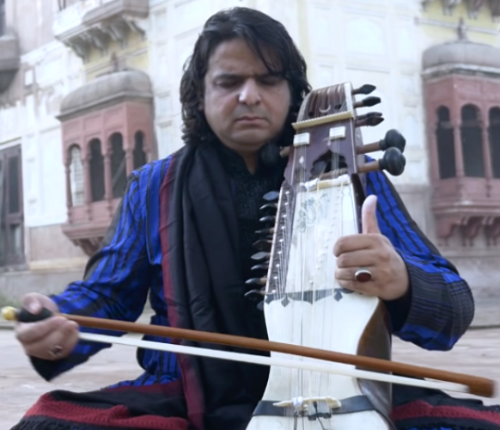 The Sarangi: instrument of a thousand colours

The sarangi is a short-necked string instrument of North India, played with a bow. It is thought to have evolved from... Read More