Bhajan is the generic name for any kind of Indian, usually Hindu, devotional song. It is completely text-led, its devotional nature underpinned by the words rather than by any specific musical style. It can be something as straightforward as a recitation or chant (kirtan) of a given mantra (usually a word or sound repeated to aid concentration in meditation) all the way to something as complex and sophisticated as the Dhrupad of North India or the kriti form of Carnatic music, based on pure raag (melodic structure) and executed in a specific taal (rhythmic cycle).

The word bhajan is derived from the word bhakti meaning ‘loving devotion,’ also the name of a specific spiritual movement which originated in South India and rapidly spread North and from which a tremendously enduring genre of mystical poetry emerged. Followers of the bhakti movement were opposed to the dogmatic nature of religious ritual and maintained that God was omnipresent, without requiring shape or form.

They openly challenged the authority of the clergy and the learned teachers who had, thus far, enjoyed a complete monopoly over the interpretation of Hindu scriptures. Many bhakti songs came to be written in the vernacular or everyday languages of North and South India, making them easier to memorise and sing outside the normal ritualised temple context.

The Persian Sufis (Islamic mystics) spread through North India from about the 12th century onwards, and found a natural affinity with the ideas of bhakti. There was a great deal of give and take, both musically and poetically, between the two traditions.

There are thousands of bhajans in all Indian languages but the ones written between the 14th and 17th centuries by the classic North Indian bhakti poets are among the most revered and considered worthy of inclusion in the repertoire of pure classical vocal artists – whether North or South Indian.

The famous classic bhakti poets include: the 15th century blind mystic Surdas, and several 16th century figures including the mystic-recluse Tulsidas, and Kabir, who is venerated equally by all the main religions of India – Hinduism, Islam and Sikkhism, with Meerabai being the only famous woman of this genre.

The poems are in a variety of Hindi dialects spoken at the time, but tend to use stunningly simple language and mundane everyday scenarios to convey highly complex spiritual ideas. Even so, the classic bhajans by Surdas, Tulsidas, Kabir and Meera are considered to be of very high literary value compared to more modern bhajans, where the lyrics are more accessible to the masses.

Nearly every major singer in India has sung bhajans. The famous film playback singer Lata Mangeshkar made it an important part of her vast repertoire, releasing entire ‘private’ albums devoted to the genre. Again, these poems are not limited to a set musical format and may be composed in a number of ways with as many accompanying instruments (and chorus voices) as deemed appropriate. 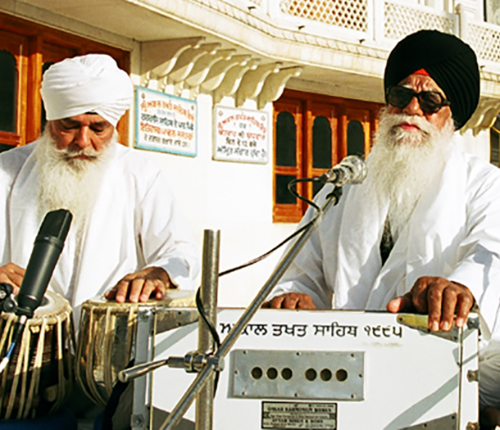 Shabad kirtan, literally meaning 'word chant', is the central communal worship ritual of the Sikhs - a religion based... Read More 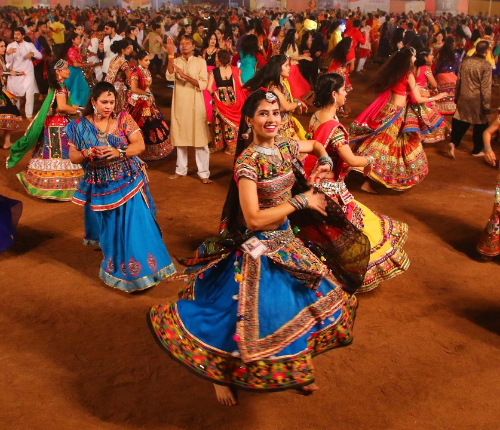 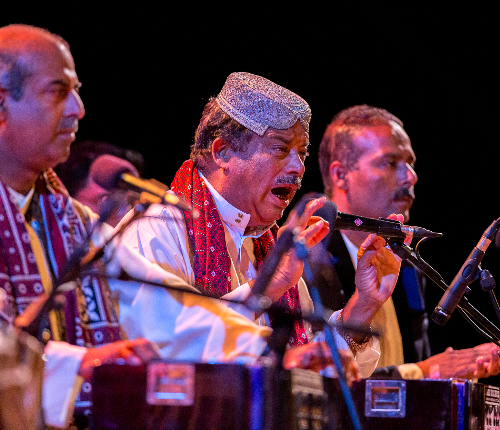 An Introduction to Qawwali: the music of the Sufi mystics

Qawwali music is the main communal worship ritual of the Sufis - a mystic strand of Islam. Read More